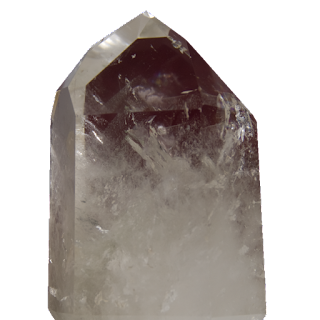 Normally, crystals placed on the upper chakras are optimal when pointed downward, and on the lower chakras pointed upward, both in the direction of the heart.  In the 'power-up' configuration, there is no concern about the up-or-down flow along the midline.  Rather, the objective is simply exposure.
Besides creating a flow inward, Clear Quartz Points can be used to create vortexes.  A vortex will be either clockwise or counter-clockwise.  Which-way-is-which can be confusing, especially if you turn around.  So, to get the direction clear, for a clockwise vortex, place your hand on your heart and rotate it outward in a clockwise direction.  Do the opposite for a counter clockwise vortex.  That is, with your hand away from your body, bring it to your heart in a counter clockwise direction.  Can you guess which way the light is travelling within the vortex?  Light in a clockwise vortex goes outward from you to the universe.  You are giving light to the world outside your body.  Light in a counter-clockwise vortex is inbound, so you receive light.
To translate these vortexes into a Crystal Layout, the clockwise vortex will have the crystals around you pointing down on the right side of your body and up on the left.  The way the crystal is pointed gives directional flow to the light passing through the crystal.  Each crystal will point in the direction of the next crystal to create a circle of light flow, which results in a vortex.  The counter-clockwise vortex will be the opposite—with the crystals pointing up on the right and down on the left.
While you are still working hard to achieve progress on the spiritual path, i.e., en route to enlightenment, your best interest is served by bringing light to your body.  Using the clockwise layout, which sends light out to the universe, needs to be reserved for the advanced practitioner, who is well past the novice stage.  Sending light out to the universe is greatly appreciated by the Angelic ones, but it leaves the practitioner in a vacuum with no light.  If you are sending light out, you will need to bring light in, because the body will need to be replenished.  Until you really know what you are doing, and until your vibration is quite high, the counter-clockwise vortex is what you need to do, if you do a vortex layout.  It brings light to you. 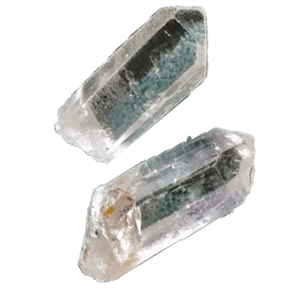 Leaving vortexes alone for a moment, I wish to expand on my cautionary note about the power-up layout.  Because such a layout includes a couple of generators, 20 or 30 crystals pointing inward, and several more along on the midline, the flow of light, to which your body is exposed, will be significant.  This many crystals makes for a strong layout.  The person receiving too much light may experience shock to the body’s light receptors, which results in vibrational warps, uneven body density, imbalances in light reception, receptor burn-out, and over empowerment in different parts of the body.  The person’s vibration cannot handle the sudden, massive, influx of light frequencies.  In the Hindu traditions, the ‘kriyas’ are a symptom of over-exposure.  You would not want to try this with a person who is just starting to work with crystals, including yourself.  This much light is something you work up to over a period of time and after many layouts.
The whole purpose of the spiritual path is to acquire divine light frequencies on the road to enlightenment.  The benefit of the power-up layout is exposure to a significant amount of light.  If your body can work with this much light, the spiritual path accelerates.  The days of crawling along in the dark are gone!  Wake up and let your spirituality run with the light—Power Up!
The more crystals you add, the more powerful the layout becomes.  The bigger your generators, the stronger the layout.  This, then, is what I mean by the ‘power up layout’.
Books by Roger Joyeux
The Story of Light, Path to Enlightenment
The Story of Light, Through Heaven's Gate
The Crystal Textbook
on July 24, 2017 No comments: 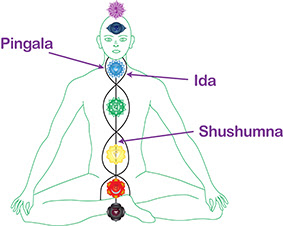