A good friend recently asked: “What crystal should I get if I am just starting out on my spiritual path?”

Do you know love?  What do you know about love?  Is love a big or little part of your life?
Ok, so that was several questions and I will need to explain why love is so important.

The spiritual path starts with love.  To get on the spiritual path, a person needs to make a series of choices that show he or she knows love.  There is a lead up to the moment of spiritual opening.  Love is the lead.  Love is the fire-wall that ensures that only persons with love can rise to spiritual attainment.  Because spiritual life involves a much greater connection with the higher self, the soul, and God's universe in the higher dimensions, love is a prerequisite.  Would connecting with the soul be possible for someone that does not choose love?  The short answer is: no!  Would you want persons, who would not be willing to choose love, to be wielding the energies of the soul?  Love, then, is the key to finding your way onto the spiritual path. There is no compromise here. 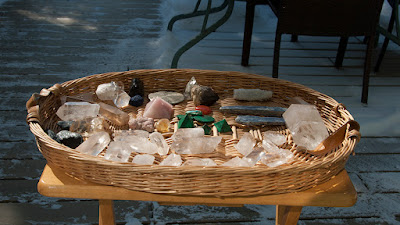 The best crystal for empowering a person with love is Rose Quartz.  Rose Quartz is the self-love stone.  It is not intended for projecting love out into the world.  It is not for placing a force field of love around your body.  It is not directly a healing crystal.  It works to strengthen the love you have within.  It combines the love that you have within with the love of divine origin.  The resulting combined love is a new and higher vibration of love that then becomes available to you.  Being a higher vibration, it raises your vibration and raises the love vibration you have.  Rose Quartz is the stone to boost your love and solidify your place on the spiritual journey.

There are many other stones that would be beneficial for the newly-minted devotee.  Primary among these would be six-sided clear Quartz points and Smoky Quartz.  First, clear Quartz brings in the full spectrum of divine light frequencies.  Consider that the purpose of the spiritual path is to bring you to enlightenment.  Ever-so-simple, to be enlightened, you need light frequencies. Second, Smoky Quartz works to open the base chakra for the release of the soul-seed light, which marks the official beginning of the spiritual path.  It is the initiate’s stone for raising the kundalini.  The base chakra, soul-seed, and Smoky Quartz are covered in detail in my books.

So, the answer to the question of which crystals to get first is: Rose Quartz, Clear Quartz points, and Smoky Quartz.

When a psychic or anyone else attempts to discern the future through prediction, that person is projecting his or her intuition outward from the now-moment.  Earth is limited to here and now.  So, predictions can only be made in the here and now.  One cannot step outside of the now moment, transcend into the “then” moment, and return with a scoop on future events.  As vibrations in one now-moment will always be different from the next or past now-moments, projections into the future will have entirely different vibrations as well.
Predictions are not false.  They are correct for the moment that they were made.  Because they project into a time and space that will have changed by the time the moment of the prediction arrives, the possibilities predicted will have changed as well.  Even a single choice made by a key player in the outcome of events that does not align with the prediction will send the prediction in an entirely different direction.  In the past, the enlightened growth of the Earth was quite slow.  Therefore, changes were minimal.  In a world that changes very little, predictions can be accurate because the now-moment and the predicted-moment are very similar.  In our current time period, enlightened growth is very rapid.  Changes are constant and significant.  The now-moment and the predicted-moment are not at all alike.
While Nostradamus was able to predict the future accurately in the 16th century, because the world was almost unchanging, the psychic in today՚s world has very little chance.  The 21st century and our choices are constantly in flux making predictions highly inaccurate. 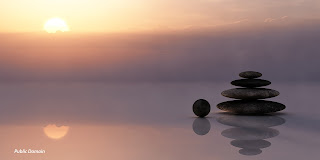